Looking on what is interesting and looking for places to go? At Orion Rent a car we care about your ultimate satisfaction and efficient use of time on your sightseeing. Here is a list of places to visit while holidaying on Crete 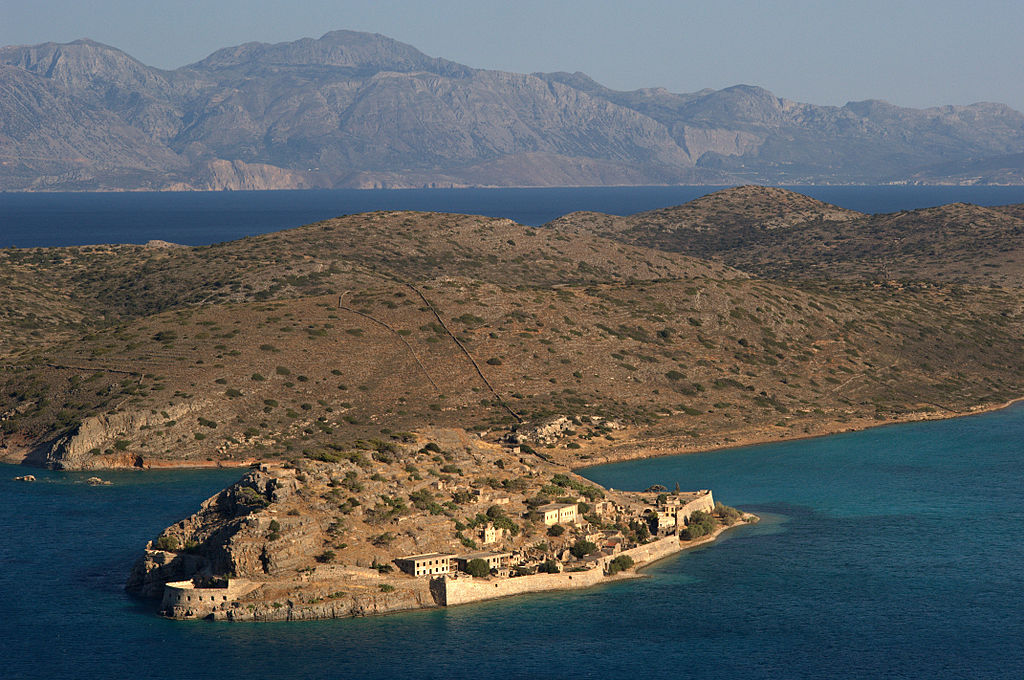 The island of Spinalonga (Greek: Σπιναλόγκα), officially known as Kalydon (Καλυδών), is located in the Gulf of Elounda in north-eastern Crete, in Lasithi, next to the town of Plaka. The island is further assigned to the area of Kalydon. It is near the Spinalonga peninsula (“large Spinalonga”) – which often causes confusion as the same name is used for both. The official Greek name of the island today is Kalydon.

Originally, Spinalonga was not an island – it was part of the island of Crete. During Venetian occupation the island was carved out of the coast for defence purposes and a fort was built there.

During Venetian rule, salt was harvested from salt pans around the island. The island has also been used as a leper colony. Spinalonga has appeared in novels, television series, and a short film.

Today, the uninhabited island is a popular tourist attraction in Crete. In addition to the abandoned leper colony and the fortress, Spinalonga is known for its small pebble beaches and shallow waters. The island can easily be accessed from Plaka, Elounda and Agios Nikolaos. Tourist boats depart from all three towns on a daily basis (every 30 minutes from Elounda). There is no accommodation on Spinalonga, meaning all tours last only a few hours. Boat trips from Elounda take approximately 25 minutes while trips departing Agios Nikolaos can take almost an hour. Round trip fare from Plaka is 8 Euro, from Elounda 10 Euro. Entrance to the island costs 8 Euro/adult.

Spinalonga featured in the British television series Who Pays the Ferryman? and Werner Herzog’s experimental short film Last Words. It is the (unnamed) setting of Ali Smith’s short story The Touching of Wood (in Free Love and Other Stories, 1995). It is also the setting for the 2005 novel The Island by Victoria Hislop, the story of a family’s ties to the leper colony; the book was adapted for television in the television series To Nisi by Mega Channel, Greece.

The short story “Spinalonga” by John Ware, about a tourist group that visits the island, was included in the 13th Pan Book of Horror.

Knossos, is the largest Bronze Age archaeological site on Crete and is considered Europe\’s oldest city. The palace of Knossos was undoubtedly the ceremonial and political centre of the Minoan civilization and culture and is located in Heraklion, just 30km from Analipsi.

Phaistos currently refers to a Bronze Age archaeological site at modern Phaistos, a municipality in south central Crete. Ancient Phaistos was located about 5.6 km (3.5 mi) east of the Mediterranean Sea. Phaistos consists of a Palace complex and surrounding city and was ruled from Knosses under a monarchy symbolized by \”King Minos\”

Rethymno (Ancient Greek: Ρέθυμνο, [ˈreθimno], also Rethimno, Rethymnon, Réthymnon, and Rhíthymnos) is a city of approximately 40,000 people in Greece, the capital of Rethymno regional unit on the island of Crete. It was originally built during the Minoan civilization (ancient Rhithymna and Arsinoe), but was never a competitive Minoan centre. It was, however, strong enough to mint its own coins and maintain urban growth. One of these coins is today depicted as the crest of the town: two dolphins in a circle.

Excavation works, which continue to be effected in the cave of Melidoni, have proved that the cave was used as a central place of worship from the early Neolithic age up until the Roman period. An inscription gives evidence of the fact that Hermes was worshipped in this cave. Melidoni cave is just 2km away from the village of Melidoni, near Rethymno, at an altitude of 220m.

Chania (Greek: Χανιά, [xaˈɲa], Venetian: Canea, Ottoman Turkish: خانيه Hanya) is the second largest city of Crete and the capital of the Chania regional unit. It lies along the north coast of the island, about 70 km (43 mi) west of Rethymno and 145 km (90 mi) west of Heraklion.

Kournas Lake is the largest natural lake in Crete lying in a valley among the hills, about 4 km from Georgioupolis in Chania Prefecture (west Crete), where visitors can watch birds from the local watch tower.

Balos lagoon is located in north-western Crete in the regional unit of Chania. The lagoon is between the island of Gramvousa and the coast of Crete. There is an islet which forms part of a cape, through the lagoon, called Cape Tigani (which means \”frying pan\” in Greek). North of Balos, at the Korykon cape, are the ruins of the small ancient Roman city of Agnion, with a temple to the god Apollo.

Elafonissi is a tiny island with white and pink sand, separated from the shore by a lagoon no more than a metre deep. Elafonissi means “deer island”, but you won’t see any deer on the island or in the surrounding area. The island is 75 kilometres from Chania. Renting a vehicle is the most comfortable way to get there.

Different to all other towns in Crete, Agios Nikolaos manages to mix – upon the three hills which support its girth – an arty, leisurely, sleepy and yet also bustling place. Built partly atop ancient remains of bygone residents\’ homes. Also known as Agios Nik. Renting a car is the easiest way to visit it since it will take you less than an hour from Analipsi.

Vat 24% and all local taxes are included in the quoted price, so it is not an add-on.